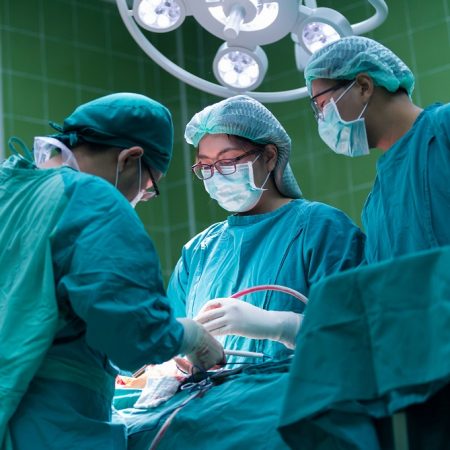 As receivers and turnaround consultants, our engagements span a variety of industries.  Lately, we have been getting more calls from banks and attorneys about troubled healthcare companies.  With the healthcare industry comprising 18% of GDP (Statista), and healthcare companies often lacking sophisticated management systems, we expect this trend to continue.

A feud between 2 surgeons who co-owned a surgery center, medical office building and personnel business had escalated to the point where one locked out the other from the surgery center.

As receiver, we profitably managed the 3 businesses while crafting, mediating and implementing a settlement between the two feuding surgeon-owners and their lawyers. Along the way, we had to resolve numerous issues between the partners.  MORE

A medical center had contracted with an Independent Practice Association (IPA) of Physicians to provide primary care services to its employees.  The physicians threatened to break the contract due to its poor economics, putting the hospital in jeopardy.

We completed a financial analysis of the IPA and creatively restructured debt it owed to the medical center, meeting both parties needs.  MORE

The operator of 5 urgent care clinics had defaulted on its bank loan and was facing a pending $2 million judgment in a wage-and-hour class action lawsuit.

We managed the business as receiver while successfully negotiating a going-concern sale of 3 clinics to their hospital-landlord. It got complicated when the business filed for bankruptcy 30 minutes before the hearing to approve the sale. We continued to pursue an exit as monitor and, 15 months later, the bankruptcy judge proposed the structure we originally had negotiated.  MORE